Uni-Turf is a high quality, embossed vinyl sheet material that has a world renowned reputation as an excellent surface for sports halls especially for cricket but also tennis, badminton and athletics.

There is really nothing else out there like Uni-Turf. Sports Surfaces UK Ltd supply & install it by manufacturer trained installation teams. Its anti-reflective embossed surface ensures a more positive true bounce with the added ability to take spin when cricket is played which makes it easy to understand why Uni-Turf is a popular choice in the punishing environment of major indoor cricket schools.

There is a tremendous amount of experience built into Uni-Turf including a world-wide knowledge of putting synthetic sports surfaces to use for widely differing activities. Uni-turf can be installed directly onto concrete or with a granular rubber under pad which meets the European Standard for sports hall floors, the EN14904 and the ECB TS3 specification for cricket as a prime sport. 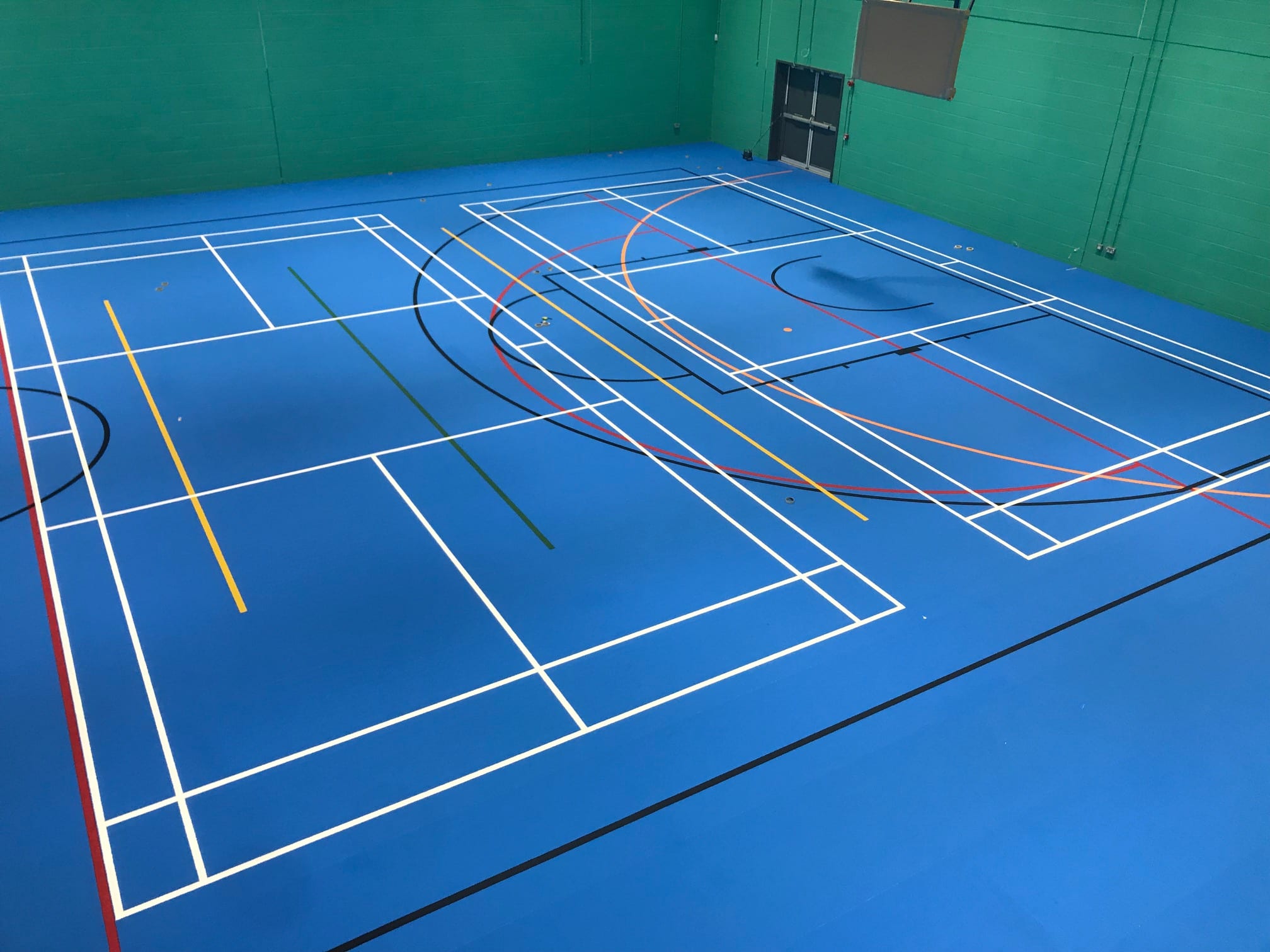 We find Uni-turf is a popular product for use in schools this can include both new-build projects and refurbishments; King John Academy in Benfleet originally had a tired woodblock floor over which we installed Uni-Turf with a rubber shock pad (meeting EN 14904 and the ECB TS3 standards). This surface is used for just about everything such as cricket, netball, hockey and basketball along with non-sport applications such as exams and parents evenings.

We supply and install Uni-Turf throughout the world; it is the first choice for many prestigious worldwide indoor Cricket Schools. Here in the UK alone we have supplied and installed Uni-turf at Lords, Headingley, The Oval, The Rose Bowl, Exeter Centre of Excellence and the National Sports Centre, Lilleshall to name but a few.

Overseas cricket markets include South Africa, where the country is rapidly upgrading its coaching facilities; installations include the Wanderers CC in Johannesburg and Kwazui Natal Cricket Union Indoor School at Kings Park in Durban. We have also completed several installations across Bangladesh, Pakistan & more recently in India for the BCCI as the Indian Cricket Board are insisting on Uni-Turf and state of the art facilities.

Watch videos here of our Uni-Turf floors in action:

At Lancashire County Cricket Club, being used for training here and here.

Many colours and effects

“Lovely project carried our by a trustworthy and professional company. Will definitely be in touch over future projects.”

“Thank you for the refresh to the sports flooring. Our customers loved it.”

“Many thanks for a high quality product and service.”

“I would like to say a big thank you for the excellent service you & your team have provided in manufacturing the new gymnasium floor in the RSU. The finish is exceptional. Can you please pass my thanks onto Martin & Usman for their professional expertise in manufacturing the floor & their patience working around our damp floor problem & strict security requirements. Many thanks Clive. Clive Nutley Project Manager West London Mental Health NHS Trust Capital, Estates & Facilities Department Canal Mews St.. Bernard’s Hospital”

Uni-Turf requires little maintenance and comes with a world-wide sporting pedigree. It is the direct result of many years extensive research to produce just the right degree of cushioning, support and resilience for virtually every indoor sport.

Uni-Turf is very easy to care for it is an extremely resilient floor, that only requires a regular detergent wet wash – both the cleaning machine and detergent are supplied by ourselves. We also offer a Deep Clean service which brings the floor back to “as good as new.”

Should the Uni-Turf surface get damaged or a heavily trafficked area get worn out (the bowlers run up or near a doorway for example), it can be remedied simply by removing and replacing with a new section of material within in a matter of hours, minimising down time for the use of the floor.

The floor has been
installed at...

Base Prep: Uplift existing Uni-turf surface & skip (we supplied and installed a Uni-Turf floor for them in 2002 and they received a grant/budget to update their floor – they wanted the same floor again from us 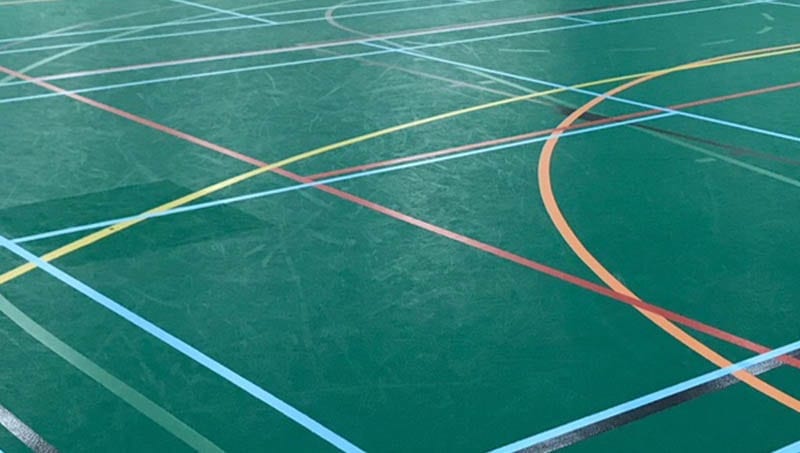 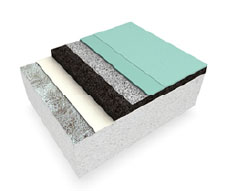 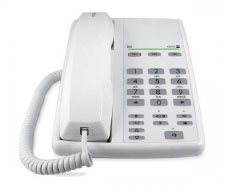